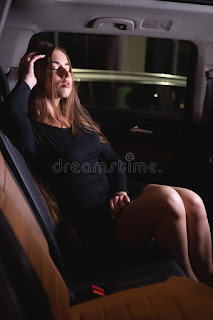 Jaime couldn’t stop thinking about what he was gonna do to his new body when he got home. He was contemplating ripping this dress off just to get to his tits faster, it wouldn’t take much because the dress was practically paper thin already. He was already really horny but seeing his reflection in the mirror every time the car bounced, and feeling his new assets jiggle made everything worse. Stuck in his fantasy world, imagining how good his clit was gonna feel and how ra- “Honey? You ok back there?” This bodies Dad asked “Huh? Sorry, was just thinking about homework.” Jaime made up on the spot, these poor parents had no idea their daughter wasn’t even in the car with them. He giggled then asked again  “It was nice seeing Thomas there…and his son…huh” he did feel his teenage hormones flair at the mention of Thomas. He personally didn’t see it, but his new instincts certainly did.  “Yeah, I mean he’s alright…” he trailed off, his new parents let him go after that. Sensing that their li
Post a Comment
Read more 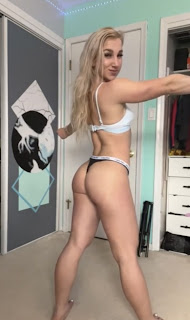 Jason was having so much fun in his work rivals daughters body. He hadn’t used his hopping powers since before he got married, but when he found out Mark was trying to sabotage his promotion - one that he’d worked hard for - he knew exactly how to distract him.  But that would have to come later, right now he was reminding himself of how awesome it was to be a spring, 18 year old woman. He danced around his room in just Danielle’s underwear, filming tiktoks and Instagram stories galore. The orgasms too, even though him and his wife had amazing sex, he had forgotten how powerful a woman’s could be. Plus, her nipples were incredibly sensitive too so it was a pleasure basket.  He knew this was going to be a long-con, he took enough PTO to be Danielle for a couple weeks, more than enough time to get Mark thinking of something else… Want to see a longer, more in depth version of this story? Subscribe to my Patreon! You’ll be notified right when I post it the first week of July! PLUS the ad
Post a Comment
Read more

“Woahhh” Denise commented, swinging her new penis back and forth “What??” Ryan asked, curious about what his step sister was doing with his old penis.  “It’s just, the slightest movement and you’re-it’s-I’m?- hard. Like this time I was just moving it.” Imagining Denise’s wonderful frame with a long cock made Ryan’s new pussy wet. He hadn’t really questioned how or why they swapped lower genitalia but he didn’t really care. So far having a pussy was awesome, the orgasms were amazing… “Horny huh?” Ryan responded, Denise picked her head out of the bathroom  “You sure your dad won’t care?”  “I think if he found us fucking with swapped peices he’d be more confused, especially when he changed my diaper as a kid…” Denise shrugged, she had always found Ryan attractive bud didn’t wanna cross any boundaries by asking him out or anything. She could however here his moans through their vents, and it’d often bring her to orgasm herself.  Even though it was awkward at first, Ryan and Denise found t
Post a Comment
Read more 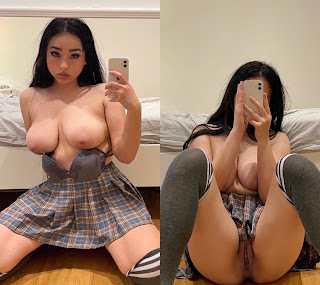 Message in a Bottle 2: Electric Boogaloo

- May 24, 2022
Hey all!  Awhile ago I made a post about a donation link if anyone was interested in supporting this blog. Since then I deleted the post and thought I’d just muscle through - until I found The Swapping Caps’s post about a Patreon. So, here we are.  If you want to follow, I made three different tiers all under $10! It’s for if you like what I post and want to support me more, and also if you wanna see exclusive longer (spicier too!) captions/posts that won’t get posted here (I can’t post pictures tho, so the blog still has some positives :)) Anyway, here’s the link. Even a glance is much appreciated!! Posting will resume to normal once I get a good handle on a new job. Thank you guys so much :)) Best Wishes, Exo  https://www.patreon.com/ExoticTG
Post a Comment
Read more 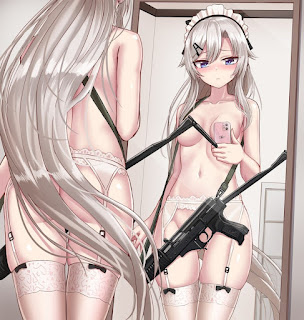 Desmond froze as he looked at himself in the mirror. He was currently having the biggest existential crisis of his entire live(s). 18 years ago, he was hired to assassinate a wealthy politician, but when he ambushed him and his wife in their secret lab, one wrong bullet made their machine go haywire, everybody thought Desmond had been killed, but really his mind had been put in the body of the politicians un-born daughter. Growing up again was tough for him, especially as a wealthy girl instead of a dirt poor boy.  Going through puberty was a whole new thing, he finally grew to understand why girls were so annoying growing up. Periods, bras, even jacking off was completely different. He’d go through stretches of time where he’d just forget about his previous life and live his new one. The baby never got a chance to develop a consciousness so he didn’t steal anything from anybody, he just wasn’t sure if he was Kaitlyn, the Daughter, or Desmond, the assassin.  He’d also really got to se
Post a Comment
Read more
More posts